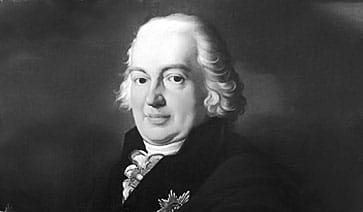 Duke of Saxe-Coburg-Saalfeld, Duke of Saxony (since 1800)

(Coburg, 15 July 1750 – Coburg, 9 December 1806)
Franz Friedrich Anton had to take over a practically ruined duchy. But he was a very talented man and – despite of his lack of money – started to collect engravings of the most excelling artists between the 15th and 18th century, thus founding the Coburg Collection of Graphics with its today’s 220.000 pieces of art. He is a patrilinear ancestor of Queen Elizabeth II of the United Kingdom of Great Britain and Northern Ireland, King Philippe of the Belgians and former tsar Simeon II (1943 – 1946 during the monarchy) and prime minister of Bulgaria (between 2001 and 2005).

Hereditary Prince of Saxe-Coburg-Saalfeld (till 1800)

Hereditary Princess of Saxe-Coburg-Saalfeld, Duchess of Saxony (since 1776)

(Hildburghausen, 22 February 1760 – Coburg, 28 October 1776)
Ernestine Friederike Sophie was the daughter of Duke Ernst Friedrich III of Saxe-Hildburghausen (1727–1780) and Princess Ernestine of Saxe-Weimar (1740–1786). Her godparents were the Danish royal couple, the King of Poland, and the Regents of the houses of Saxe-Coburg, Saxe-Weimar, Mecklenburg, and Württemberg. In 1776, at the age of 16, she married Prince Franz of Saxe-Coburg-Saafeld. Ernestine died of influenza six months after the marriage. 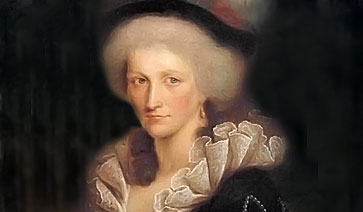 (Saalburg-Ebersdorf, 19 January 1757 – Coburg, 16 November 1831)
Auguste had ten children, born between 1778 and 1792. One was stillborn and two died during their childhood. The other seven were married to European high nobility and these marriages were arranged under strong personal care. Auguste was the maternal grandmother of Queen Victoria of the United Kingdom and Ireland and the paternal grandmother of Albert, Prince Consort.

Their descendants established ruling houses in Belgium, United Kingdom, Portugal and Bulgaria. Their son Léopold ruled as Leopold I of the Belgians. Their male-line great-grandson reigned as Edward VII of the United Kingdom. Another grandson, Ferdinand, reigned as jure uxoris king Ferdinand II of Portugal. Their granddaughter, Léopold I of Belgium’s daughter, was Empress Carlota of Mexico. Franz Friedrich Anton was also the maternal grandfather of Queen Victoria. Furthermore, a great-grandson ruled as Ferdinand I of Bulgaria. 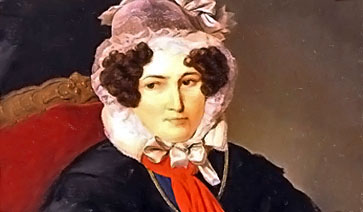 Countess of Mensdorff-Pouilly (since 1818)

(Coburg, 19 August 1778 – Tuschnitz near Karlsbad, Bohemia, 9 July 1835)
Sophie (Sophie Friederike Caroline Louise) was the eldest child but got married only in 1804, after the marriage of her three younger sisters. Her husband was of French origin but served as a commander in the Austrian army. Then he became commander of the Fortress of Mainz, where he served as a vice-governor from 1829 to 1834. Emmanuel was created Count in Vienna on 29 November 1818. Twenty years later he purchased Schloss Preitenstein in the Plzeň in Bohemia, the family’s property until 1945. Before he retired from the army in 1848, he became vice-president of the Hofkriegsrat.

Princess of Saxe-Coburg-Saalfeld, Duchess of Saxony
Princess of Ebersdorf Baroness of Mensdorff-Pouilly (since 1804) 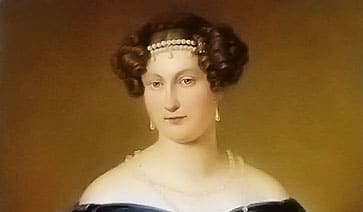 Duchess of Wurttemberg (since 1798)

(Coburg, 28 August 1779, – Saint Petersburg, 14 March 1824)
Antoinette Ernestine Amalie, the second eldest daughter of Duchess Auguste married in 1798 Alexander Friedrich Karl Duke of Wurttemberg (1771-1833), the brother of King Friedrich I of Wurttemberg (since 1806). Now she was a member of high nobility with strong ties to Russia and the Court. She had to live in Vitebsk (in Belarus) and was quite unhappy there. Two sons were born in Riga and her daughter Marie was later supposed to marry Duke Ernst I, her uncle and would became Duchess of Saxe-Coburg and Gotha. Antoinette Ernestine Amalie is the ancestor of today’s (Catholic) House of Wurttemberg. 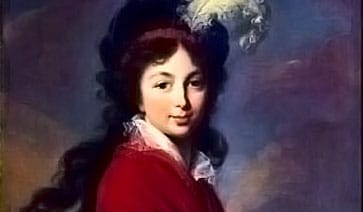 (Coburg, 23 September 1781 – Elfenau, near Bern, Switzerland, 15 August 1860)
Together with her mother and her two older sisters 15-years old Juliane went to visit the Russian court on request of Tsarina Katharina II, who looked for a bride for her second grandchild Grand Duke Constantine Pavlovich of Russia. He chose her as a wife in 1796, but made her very unhappy. She made soon plans to escape, but it was only in 1801 that these plans became real. She never returned to her husband who refused a divorce. After a stay at Coburg she went to Switzerland and there, finally, after being separated for 19 years, Tsar Alexander I of Russia dissolved her marriage. She stayed in Switzerland in her property, the Elfenau. 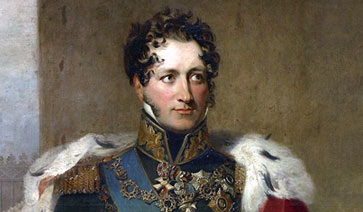 (Coburg, 2 January 1784 – Gotha, 29 January 1844)
When Ernst (Ernst Anton Carl Ludwig) succeeded his father in 1806, Duke Ernst III’s country – Saxe-Coburg-Saalfeld – was under French control. Ernst already had to fight against Napoléon as a general of the Prussians. The peace of Tilsit in 1807 enabled the young duke to get back his territories, having the Russians on his side. His sister Juliane was married to Konstantin, the brother of Alexander I Tsar of Russia. After the Congress of Vienna and its hence resulting gain of territory which Ernst should sell to Prussia years later, he could achieve Gotha that belonged to the territory of his former wife. Now he became Duke of Saxe-Coburg and Gotha. He proved to be a patron of arts and sciences and the first German sovereign to rebuild castles in a romantic neo-Gothic style, embedded in parks of British landscape style. His younger brother Leopold (Georg Christian Friedrich) was later elected the first King of the Belgians. 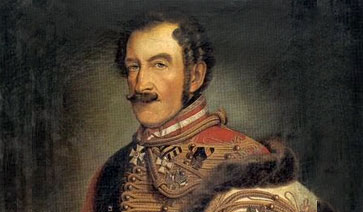 (Coburg, 28 March 1785 – Vienna, 27 August 1851)
Ferdinand Georg August is the second son of Franz Friedrich Anton, Duke of Saxe-Coburg-Saalfeld and his wife Auguste Karoline Sophie. He served as a general of cavalry in the Austrian Imperial and Royal Army during the Napoleonic Wars. It was in Austria that he met Countess Maria Antonia Koháry of Csábrág and Szitnya, daughter and heiress of Ferenc József, Count Koháry of Csábrág and Szitnya. The couple married in 1815. When Antonia's father, who was the Imperial Chancellor of Emperor Franz I, died in 1826, the Koháry fiefdom estates reverted to the Emperor. He gave them to his highly decorated general Ferdinand to thank him for his military service. So Ferdinand’s family – he on his part had to convert to Roman Catholicism – became the third largest landowner of Greater Hungary at his time.

Prince of Saxe-Coburg-Saalfeld, Duke of Saxony 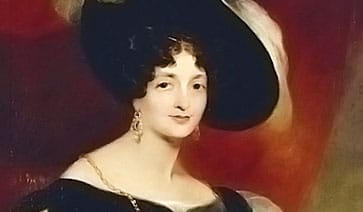 The Duchess of Kent and Strathearn (since 1818)

(Coburg, 17 August 1786 – Frogmore House, Windsor, 16 March 1861)
Victoire (Marie Luise Victoire) married in 1803 Carl, Prince of Leiningen (1763 – 1814), with whom she had two children. After the sudden death of her sister-in-law Charlotte, the hereditary princess of the United Kingdom, one of Charlotte’s uncles, the Duke of Kent proposed to the dowager Victoire and she accepted. Their daughter should become Queen Victoria of the United Kingdom of Great Britain and Ireland. 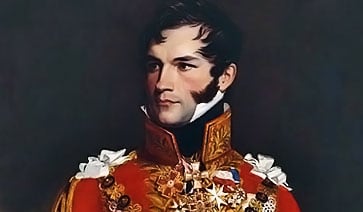 (Coburg, 16 December 1790 – Laeken, Brussels, 10 December 1865)
Leopold (Leopold Georg Christian Friedrich) was the youngest son of Duke Franz Friedrich Anton and Duchess Auguste Karoline Sophie of Saxe-Coburg-Saalfeld. Leopold was appointed colonel of a regiment in Russia because of his relationship and finally reached the rank of lieutenant general in the Imperial Russian Army. He excelled in negotiating and diplomatic duties. In 1816 he married Charlotte Augusta, Princess of Wales, who was to become Queen of the United Kingdom. But she died after one year of marriage on the birth of a stillborn son. The widower Leopold stayed in London, neglected the offer to become King of Greece but accepted to become the first King of the Belgians, following Belgium’s independence from the Netherlands in 1831. Thus he was the founder of the Belgian line of the House of Saxe-Coburg and Gotha. His children included Léopold II, King of the Belgians and Carlota, Empress of Mexico. And he was a maternal uncle and adviser of Queen Victoria of the United Kingdom.

Prince of Saxe-Coburg-Saalfeld, Duke of Saxony